Voice-First: A Return to the Natural Interface 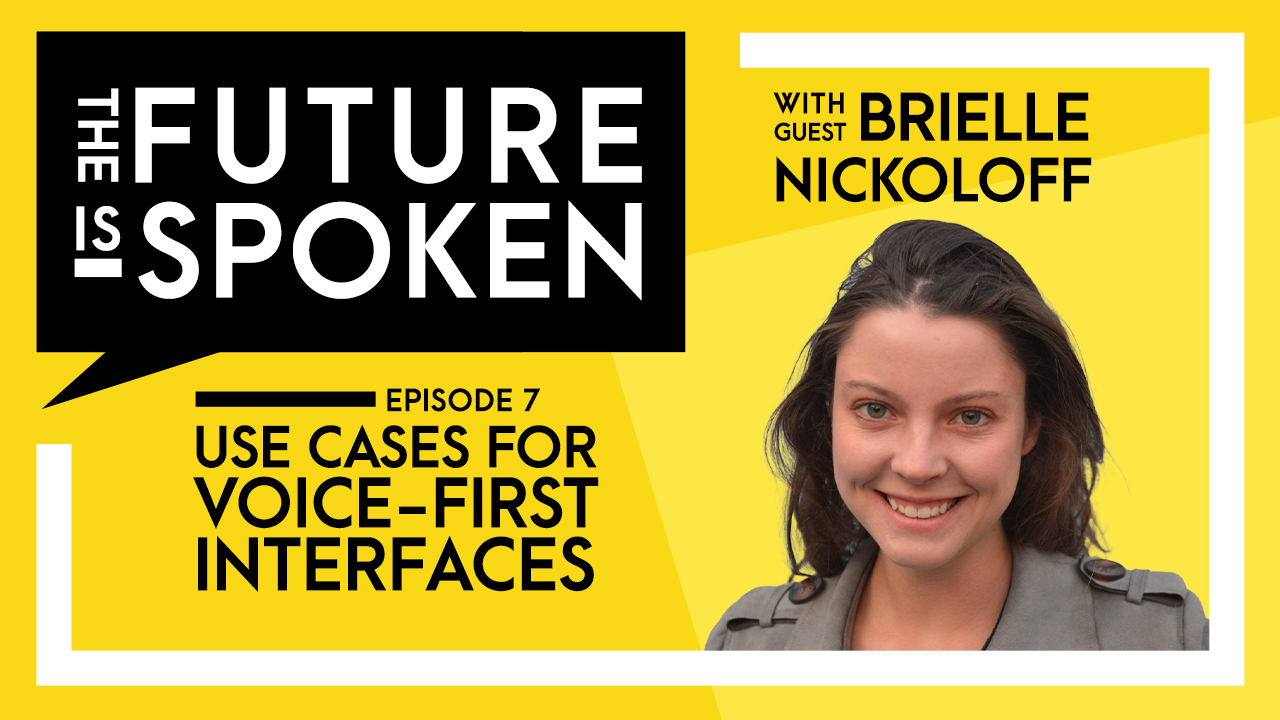 As a voice designer with a background in linguistics and neuroscience, Brielle sees a promising future in bringing voice-first interfaces to the forefront in her field.

The instinctive art of conversation

Before she entered the field of voice technology, Brielle was already fascinated by language; she often noticed how people said things and thought about why they may express themselves in a particular way.

“That’s really what linguistics is,” Brielle explains. “Becoming a ‘pattern identifier’ is one of the most important things we do.”

In college, Brielle was able to observe these patterns in greater detail. She took a class dedicated to analyzing videos of every day interactions, often as straight-forward as those between a customer and a storekeeper. This experience gave Brielle a greater appreciation for the complexities of human interaction.

“There are all these amazing ways that we communicate that we don’t even think about.”

The clues are in the context

A large part of communication hinges on context. Brielle uses the example of a customer bringing an item to a checkout counter. There’s often no need for the customer to explicitly state, “I’m ready to check out,” because they are communicating this through non-verbal means.

“You’re in such a specific context that the rules are already understood,” Brielle states.

The contexts that humans are familiar with are not understood by robots. Accounting for contextual nuances to make an artificial exchange feel human and natural is where conversational design comes into play.

Although voice technology can’t be built to accommodate every person’s unique communication patterns (or “idiolect”), designers look for patterns that are common in specific contexts and write their conversation flows accordingly.

The challenge of creating a conversation in context

Voice-first designers face some unique challenges. Before even working with a voice-first interface, they must determine whether this method is “the best way to go” based on the user’s request and  physical environment. Changing a song with a verbal command while driving or running is a good example of appropriate use, as visual and hands-on methods to achieve the same task would be less convenient and more distracting to users.

Another challenge is replacing expected visual cues with auditory ones. For instance, if a user asks Alexa to turn on a light but none turn on, the “ding” sound heard after the command still confirms that an attempt was made to complete the task. (This kind of feedback may also alert a user to an issue separate from the interface, such as a burnt out light bulb).

“As conversational designers, we think very hard about every single conversational pair (or exchange) between the robot and the user. Every single time there is an exchange, that’s a chance for things to go wrong.”

Besides the many ways that a user’s response could be misheard or misinterpreted, every exchange is time consuming. All of these potential issues must be factored into the design process.

The case for voice-first use

Despite its challenges, Brielle has first-hand experience of the positive impact that voice-first use can have on user’s lives. She describes working with a large brand to foster connections between parents and toddlers at the dinner table. Previously, many parents guiltily admitted to distracting their children with iPads to get them to eat quietly. As a solution, Brielle and her team used Alexa to create a mealtime “audio adventure” that can be shared between parents and children.

“Our goal was to create some kind of screen-free experience that would be fun, engaging, [and] somewhat educational,” Brielle explains.

The flows they built out included everything from songs to “here comes the choo-choo train” scenarios that a parent could follow while feeding their child.

The success of these kinds of projects are a significant achievement in today’s “screen-based” world. “Voice is the first digital interface helping us to break away from that, “ Brielle posits. Ultimately, this technology is “bringing us back to the original interface—and that is verbal communication with each other.”