Visualizing the Future of Voice Technology 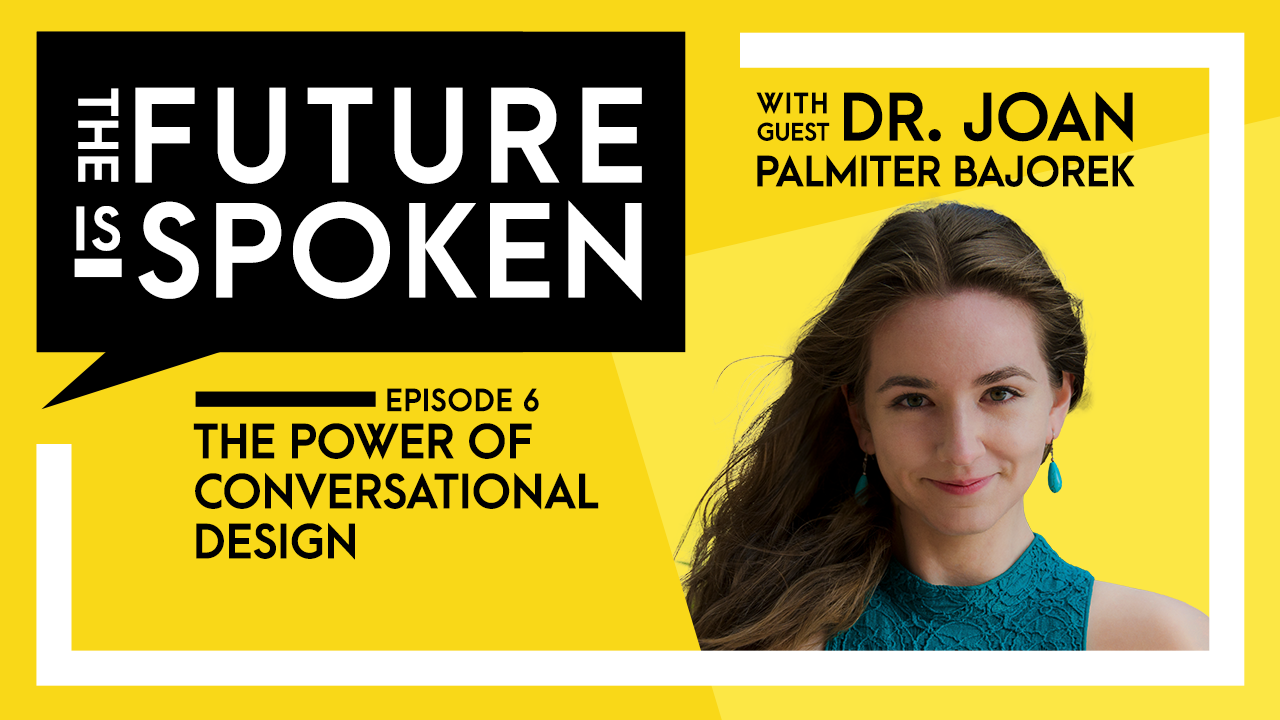 From a young age, there were indicators that Dr. Joan Palmiter Bajorek would take on a leadership role. Classmates teased that she was going to be a CEO. Later, her academic advisors predicted that she wouldn’t be “in the trenches” for long; she was destined to manage teams of her own.

Bringing more voices to the table

Today, Joan is the CEO of Women in Voice, an international non-profit focused on bringing women and gender minorities into the exciting field of voice technology.

With a Masters in linguistics and a PhD in speech language technology, Joan is well-versed in the complexities and rewards of leading within her industry.

But there have also been setbacks along the way—Joan founded her non-profit after a troubling experience at Voice Summit, which was eye-opening in its lack of gender diversity. Joan viewed the experience as a “slap in the face” to her entire field. She was troubled thinking about the many people who must have felt that they didn’t belong on “the big voice tech stage.”

Although she hadn’t set out to start a company, Joan knew she had to instigate change. Women in Voice, which Joan dubs the “Women Who Code for voice technology,” became a reality only a month after the summit. Currently, the non-profit operates 15 chapters in nine countries, despite having been founded only two years ago.

“The impact we are seeing in our field is really, really powerful,” she states. “They bang on my door to sign up” and the organization’s goal “resonates with both men and women.”

Although she believes that a person from any background can enter into her field, Joan sees “linguistics as a gateway drug for women to get into computer science.”

The impact of multi-modal experiences

During her Masters, Joan studied linguistics herself. Through her studies, she became interested in Duolingo, a language-learning platform that uses gamification and adaptive technology in its conversational design.

Duolingo is a “multi-modal speech interface designed by three people for the world,” Joan explains. “Talk about high-impact products.”

Joan further saw the potential of multi-modal technology through her PhD project, where she partnered with a start-up to experiment with immersive, virtual reality (VR) interfaces.

The participants’ reactions to visual and spoken VR experiences were astounding: “People felt like they were there, speaking in these contexts.”

For Joan, this kind of multi-modal approach promises to be at the forefront of conversational design’s future.

What makes for effective conversational design?

While it’s easy to envision a ground-breaking future in the field, the development of a seamless user experience is far from simple. Joan describes a creative process where every choice that a user could make in pursuit of a goal—whether that goal is as simple as ordering a pizza, or as complex as making a larger financial decision—must be accounted for through conversational design.

“The designer has to write every path,” Joan explains.

They will often start by creating the “golden” path that would get a user to their end goal most efficiently, but allowing for “off-road” user decisions is a significant part of the end product. It’s not uncommon for a designer to begin by writing up to 10 possible conversation flows. A user’s experience is only comprised of the outcomes from their “yes/no” answers in a decision tree, but there are multiple alternate pathways hidden away.

Companies with a strong sense of their customers’ needs and goals should be able to give a designer some benchmarks to aim for in the scripting process. Still, each variation in a conversation flow will impact end users differently. The impacts are not always predictable. Luckily, Joan sees “angry customers” as a blessing in disguise for companies that are struggling with customer retention. Frustrated users tend to tell the truth about where there is room for improvement in a system. This kind of feedback is invaluable when it comes to improving conversational design.

Seeing a future in voice technology

Joan’s advice for those who are interested in voice technology is to start writing, even if the only project available is a fake one. She also encourages enthusiasts in the field to join Women in Voice and to be “flexible, creative and agile.” Adaptability seems to be key. After all, the field is already reinventing itself, and it is poised to become more diverse and multi-modal in the coming years.