The Importance of Natural Language Understanding in Voice Technology 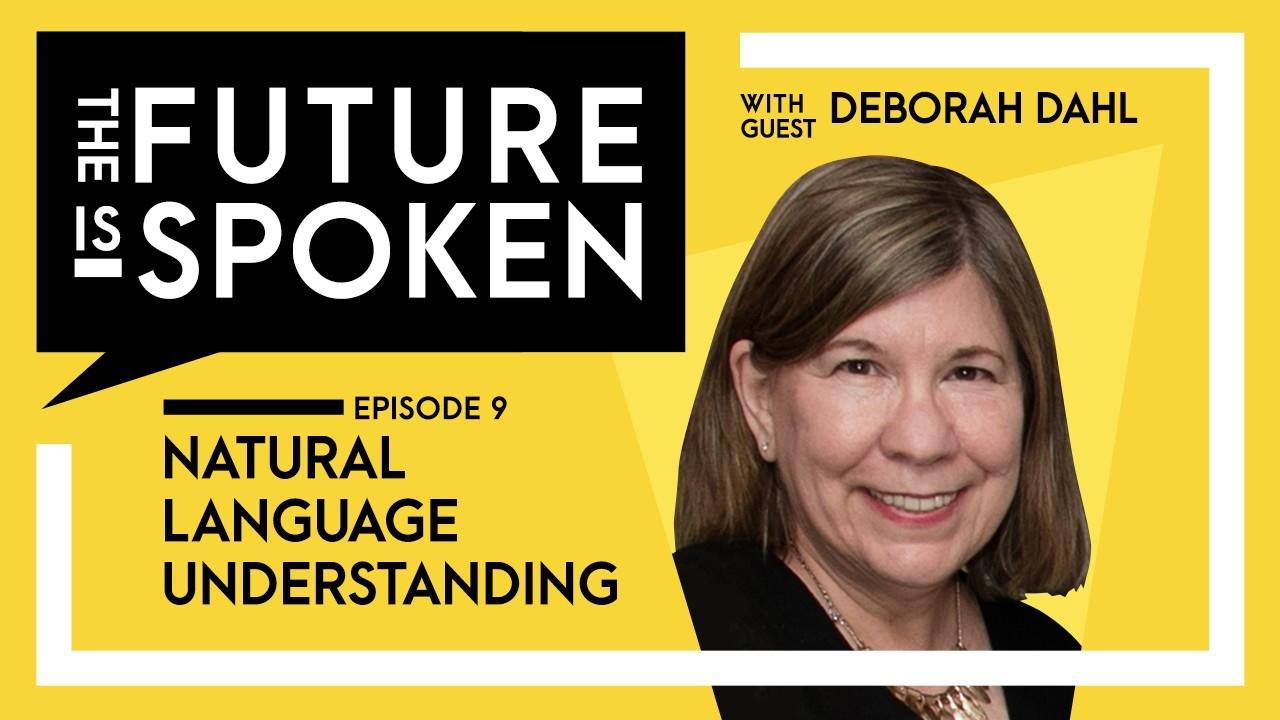 As a natural language understanding (NLU) expert with a PhD in linguistics, Deborah Dahl brings unique insight into the role that her field plays in voice technology.

Deborah has always had a keen interest in both language and computers, so it’s no wonder that she found computational linguistics appealing. Since starting her work in the early 80s, she has seen enormous changes take place.

What is natural language understanding?

Deborah defines natural language understanding as “taking the natural language, the kind of language that they use between people, and turning that into some kind of a format that a computer can do something with … the best way to make progress on applications is to say, ‘what this person says—how can I turn it into something that a computer can act on?’”

Natural language understanding is referred to as a “hard AI problem,” and it is generally considered difficult to solve. Deborah explains that each conversation between humans is unique; even the most seemingly mundane conversations are original due to the words we choose and the flow of the conversation itself.

“If we wanted a system to understand it,” Deborah notes, “we would have to have a way of it being able to process things that have never been said before and probably will never be said again.” This open-ended quality to language—with all the infinite possibilities in a single conversation—is a significant technical challenge.

There are multiple benefits to pursuing the growth of natural language understanding. One is saving money by having machines take over human tasks, such as those that would traditionally be done by a call centre agent. However, there are also some compelling emotional reasons to develop this technology. Deborah uses the examples of using natural language understanding for increased accessibility and even as a substitute for speech therapy.

“Your insurance doesn't pay for very much speech therapy after you've had a stroke or something. …a weekly visit from a speech therapist … doesn't give you as nearly as intensive practices if you have a system that's at home on your laptop, and you can talk to it all day.”

Additionally, there has been a significant amount of work dedicated to making AI social and emotional support systems for users. However, there is still a long way to go in terms of making AI true friends to their human counterparts.

She gives the examples of multi-intent utterances, which involve users asking for multiple tasks to be performed. While a human personal assistant would understand a multi-intent utterance—such as asking if there’s a nearby Thai restaurant, and if so, to make a reservation for eight o’clock—this kind of request is difficult for technology to understand.

“As a voice interaction designer, you have to be aware that you can't do that,” Deborah elaborates. “And if you try it, you're going to get a lot of errors—user errors that you have to untangle in the dialogue.”

Designers also have to understand the challenges associated with “slots.” For example, when a user asks a smart speaker, ‘set my alarm for five,’ the missing slot is ‘am’ or ‘pm’. A human may understand this implicitly, but a smart speaker sometimes needs to follow up with the user to fill in the slot.

The topics (or contexts) that we understand from life experience are termed “domains.” Humans can easily switch between domains, whereas AI often needs more contextual clues to understand how some topics are related.

Bringing value to the table through natural language understanding

Deborah sees the current moment as a good time for natural language understanding enthusiasts to enter the voice technology industry. Although some customers don’t initially understand the need for a dialogue designer, Deborah notes that the many challenges for creating effective AI dialogue necessitate a professional’s insight.

“Maybe the whole industry has to push forward on why this should be a profession, and how much better your applications could be if you have a knowledgeable professional doing the work.”