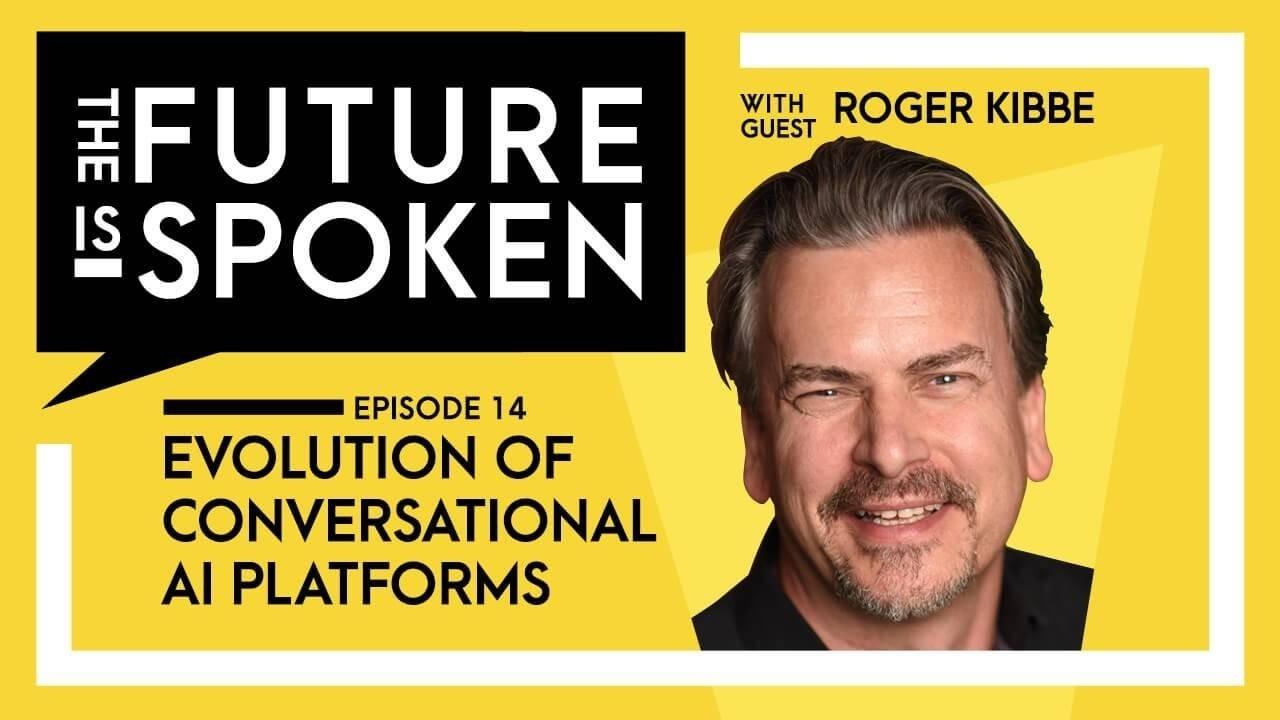 Roger Kibbe’s world changed after using the Echo Dot. He immediately saw the possibilities for voice-enabled devices and their ability to cut through the clutter of getting tasks accomplished.

He became a passionate proponent for voice technology and the veteran technology consultant left his cushy corporate job and founded a voice product startup and a voice consulting firm.

Later, he signed on with Viv Labs, the original developer of Apple’s Siri software. Viv Labs was acquired by Samsung and developed the Bixby voice platform used in Samsung devices. Roger is currently a Senior Developer Evangelist for Viv Labs.

What does voice technology offer users that “normal” technology does not?

Roger believes voice-enabled technology offers a way to interact with devices without that interaction becoming distracting.

“This is really groundbreaking, for what I've been talking about for so many years, because it lets me get something done. And then it gets out of the way,” he says.

The idea of technology fading into the background when not needed intrigued him with the possibilities it offered.

Voice technology is still in its infancy, Roger realizes. “It's an overused (baseball) metaphor to say we're in the first inning of a nine-inning game, but maybe we're in the second inning of a doubleheader.”

How is Viv Labs’ Bixby voice engine different from others?

Most applications use common code that every application needs. Not so for Viv Labs and Bixby.  Says Rob: “One of the ways that the Viv engine and Bixby is a little bit different than some of the other voice platforms is it really uses AI in the design and development process,” says Roger. This allows code to be automatically generated so developers can focus on the experience they are building.

Roger continues that kids are the force behind technology moving forward. The current generation of teenagers are the “touch generation,” in their interactions with technology. The younger generation will be the “voice generation,” as voice technology is a more and more prevalent way of interacting with devices. “So I love the fact that kids push technology forward because they have set expectations that sometimes, us as adults, don't realize should be there.”

Empowering, Enabling, and Including

Voice-enabling opens the doors for groups previously excluded from using certain technologies. The deaf community was the first to embrace voice technology, and Roger sees possibilities for other groups.

He explains: “If I can talk to a device, it really builds that inclusiveness to that whole group of people who...can't read that they certainly can communicate well, and they can start using technology. “

How can devices be made more inclusive?

A developer who is not hearing or visually impaired, for example, has a difficult time considering what needs to be done to make technology more inclusive. Roger admits that much inclusiveness is accidental or added as an afterthought. That is not good enough. He would love to say that the industry is going to do it themselves but is not naive.

Roger says he’s in favour of some kind of regulatory framework to force developers to think about and learn about how to build in more inclusive features.

What does the future hold?

He projects that the future is ambient computing. No matter where you are - in your car, or in your home or office - you will be able to speak and have a task accomplished. Roger offers, “Sometimes I hear … ’Well, that seems a little bit crazy.’ But I always say you got to go crazy. to innovate, right?”

One of the challenges is the current limits of AI. Artificial intelligence in voice-enabled devices needs to be conversational and understand context if ambient computing across devices is to become a reality. He acknowledges the industry is aware that smarter devices are needed: Devices that people can actually have a conversation with, not only bark a command at.

Roger admits this is a hazy area. There is a conflict between wanting conversational AI with contextual understanding, and wanting personal privacy. Having a device that knows your likes, patterns, and behavior, and can make inferences about the future based on these factors, requires that some amount of privacy be given up.

He foresees a lot of conversations in the future about privacy and what it means, especially to the end-user.

Concludes Roger: If AI is going to enable us to be more intuitive to use something, maybe it can make privacy controls more intuitive because right now it's a bunch of legalese on the screen that I click.”