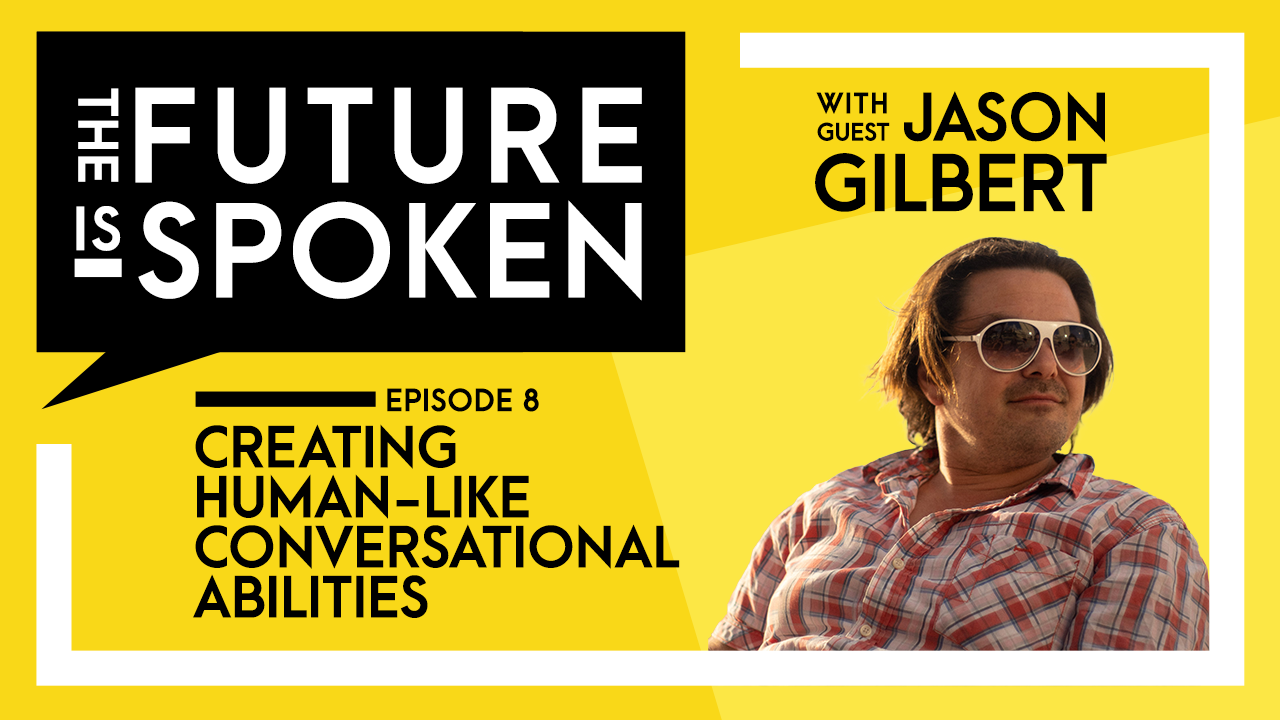 When Jason Gilbert started filmmaking school, he envisioned a career path that was much different from his eventual work as an AI conversational designer. Yet, when he responded to an ad for an interactive screenwriter, Jason found himself in this unexpected role.

In Jason’s case, the company he joined had recently partnered with Disney Accelerator to bring the first chatbots to Facebook Messenger. Jason’s team was tasked with creating a chatbot that emulated the infamous Miss Piggy.

Jason had a special fondness for this particular character, having been a big fan of The Muppets growing up. “Miss Piggy, she's such a great character, and she's bigger than life,” Jason notes.

He evidently wasn’t alone in his enthusiasm. “As a conversation designer, you spend most of your day reviewing lots of conversations and seeing how people interact with your bot so that you can improve it. I was seeing all these people that were living out their fantasies, their childhood fantasies … For the first time in their lives they could actually have a conversation with Miss Piggy.”

A new medium of art

Although Jason emphasizes that nothing could really be Miss Piggy (a sad reality of being a fictional puppet), conversational design was key to breathing life into this long-beloved character. Jason’s team tried to create the most authentic version of Miss Piggy, even consulting Jim Lewis, the writer for her character, to pin down her unique way of speaking.

Through this project, Jason realized that “conversation design is a new medium of art that encompasses within it filmmaking, theater, UX design, design, writing, directing, literature, therapy—so many other disciplines come together into one in order to craft a good personality and a good conversation.”

Although Jason does still miss filmmaking, he considers himself lucky to have a career that he loves, “which is not something that many people can say.”

The inspiration behind AnnA

One project that is close to Jason’s heart is AnnA, a companionship bot project he developed with the CEO of CocCoHub, Yaki Dunietz. Yaki spent years creating a virtual version of his idol, the late Alan Turing. His goal was to create a bot that could crack the Turing test. (Fittingly, Alan Turing is considered the “father of modern day AI”).

After reading about the prevalence of loneliness among the elderly, Jason approached Yaki with an idea in 2016—he proposed that they repurpose Yaki’s virtual Alan Turing into a companionship bot called AnnA.

“AnnA would provide companionship to the elderly or the aging in places where they don't have a lot of human contact. And since he [Yaki] had spent so many years writing, there was so many conversations. All I had to do was really update it [Alan Turing] to fit into more modern times, give it a slightly different voice, and basically, we decided to make it transgender.”

The choice to make AnnA transgender was an homage to Alan Turing, who was persecuted under homophobic British laws throughout his life.

Building a companion like AnnA requires a designer to “understand the humanity of the bot” and make it an empathetic character. Empathy encourages users to engage with an otherwise inauthentic creation.

In addition to building a character profile for each of his own chatbots, Jason believes in adding further human nuances.

“Look at us humans. We are flawed. Why would we expect a robot to be perfect if we're trying to make them human-like? Let's make it flawed ... I intentionally put typos, I intentionally put mistakes in pronunciations, because that's how the character would say it.”

Looking towards the future, together

Although creations like AnnA are inspiring, Jason hopes to see more collaboration take place in conversational design in the future. Sharing work is where Jason sees progress in his field taking place.

“In order for us to get to the next level, we need to start working together, all of us.”